In the 1960’s, NASA’s Apollo program spurred growth and development on Florida’s Space Coast. Fifty years later, the lasting impact of the program can still be seen.

90.7 News worked with photographer Jim Hobart to capture what has changed —  and what hasn’t — in the five decades since the Apollo program.

Use your cursor (or finger, if on a touch screen) to slide the photo tool left and right to compare the before and after images. 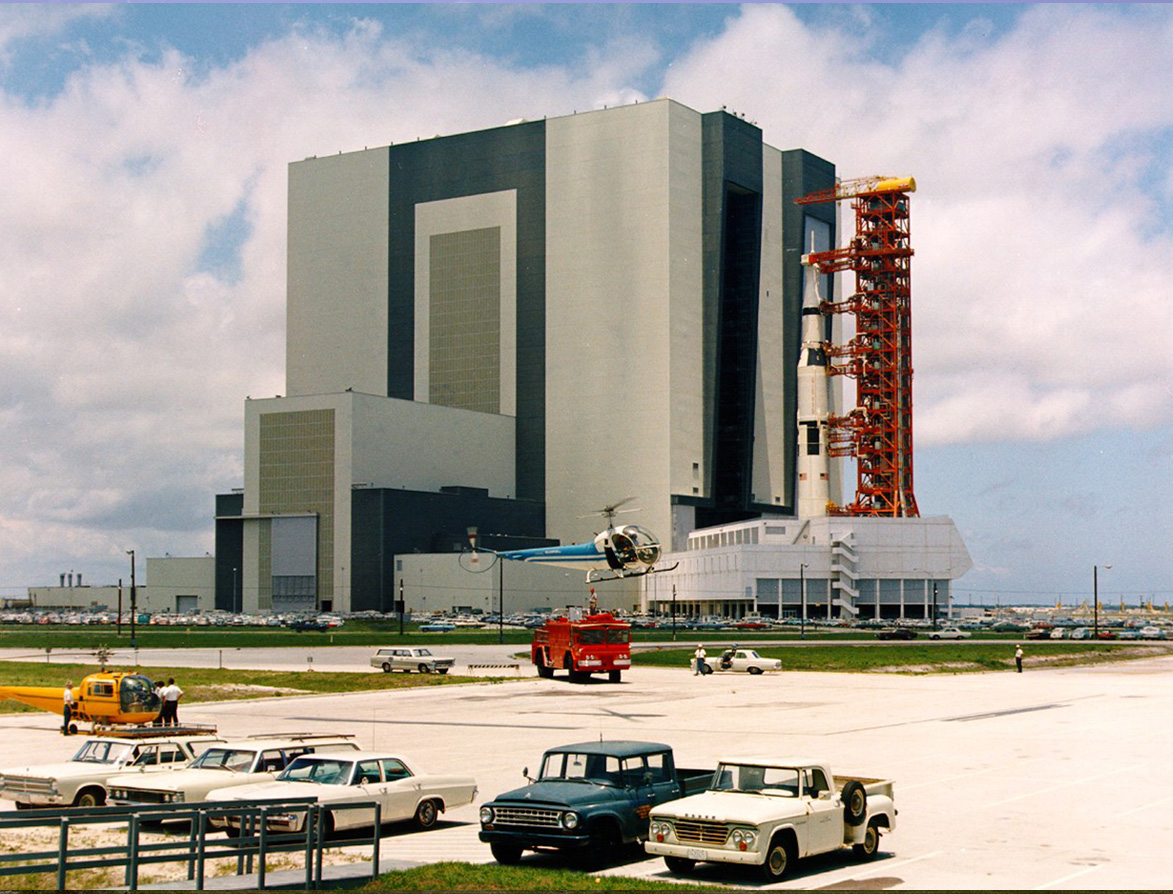 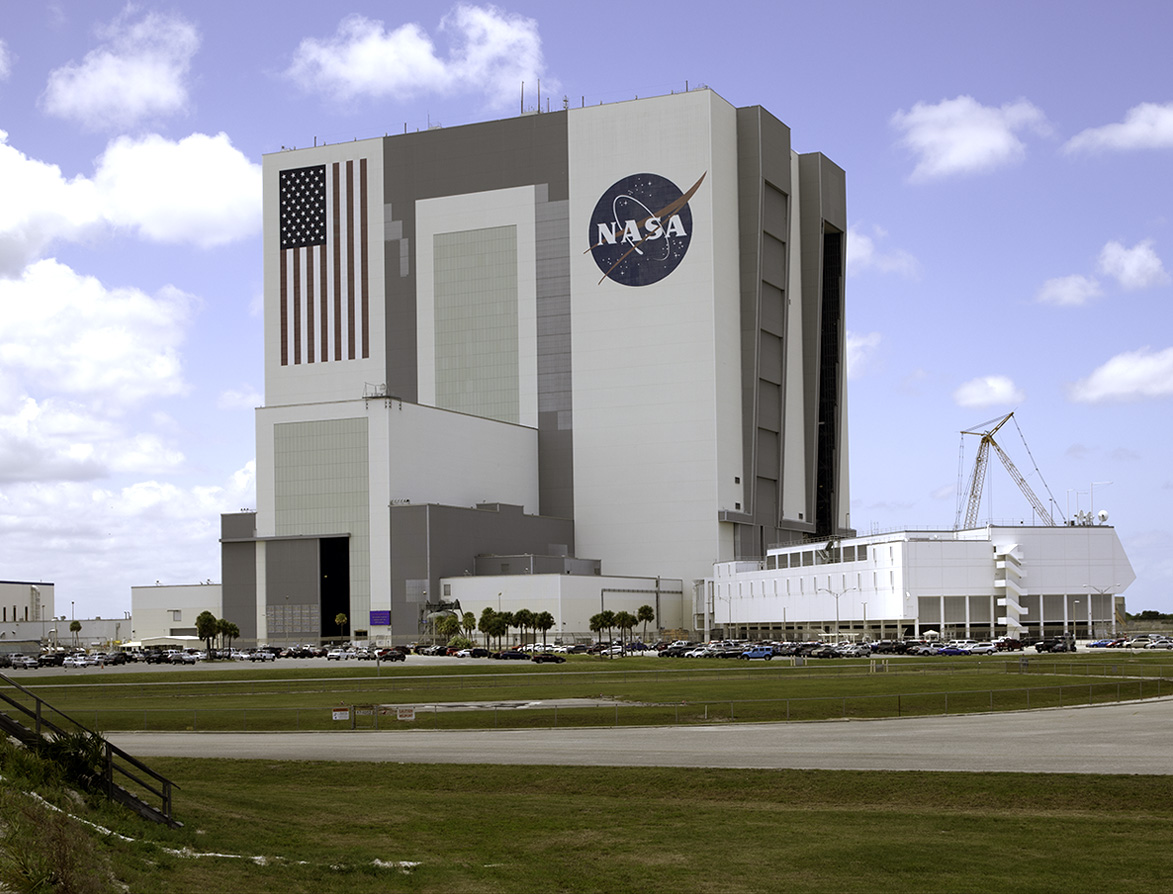 In order to build and stack the massive Saturn V rocket that would launch humans to the moon, NASA would need a really big building. The Vehicle Assembly Building (VAB) was built in 1966 to assemble the massive pieces of the rocket before being transported vertically to the pad.

“I love this Bell Helicopter in the front here and that Saturn five being rolled out,” said Hobart of the old photo. 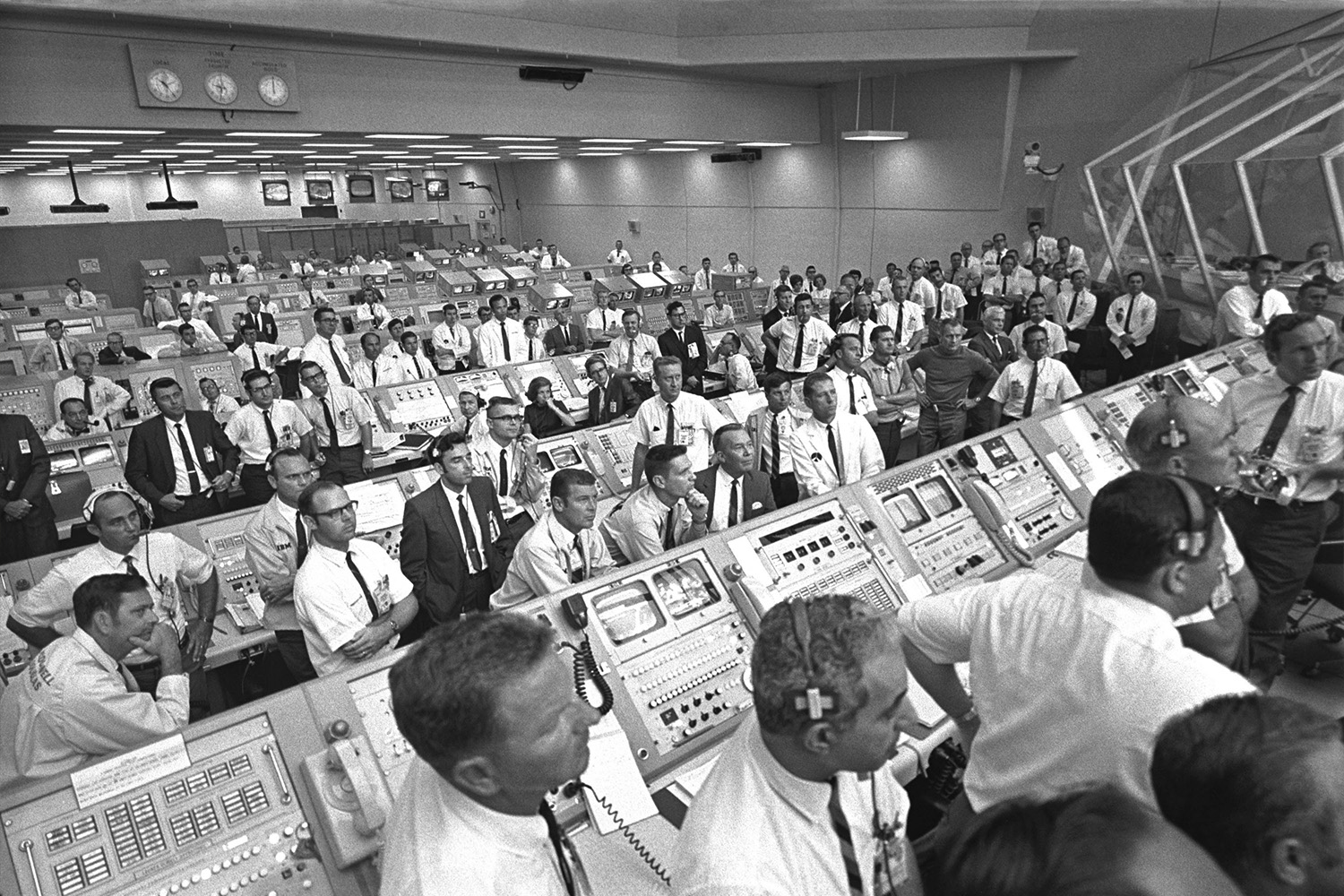 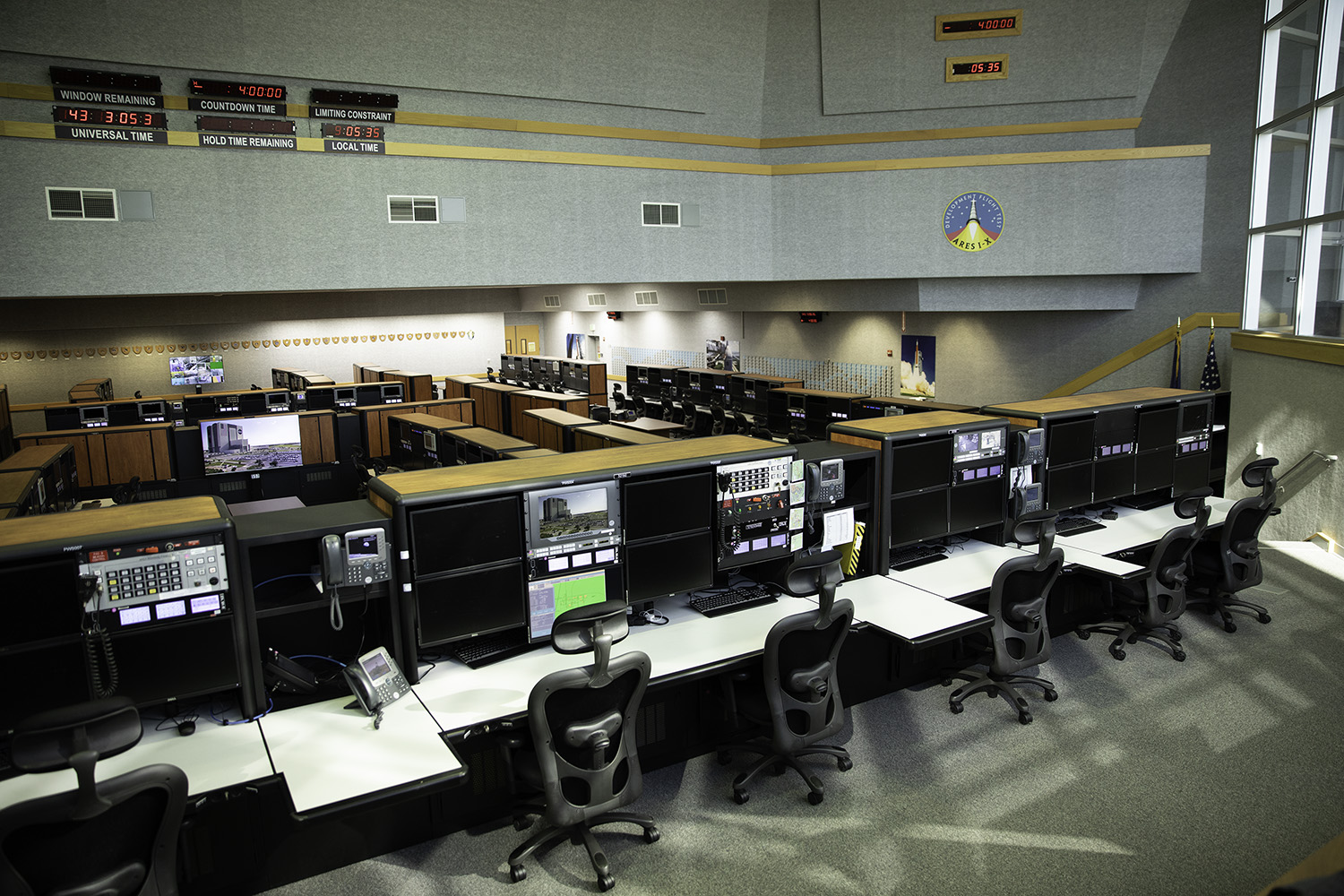 Apollo launches were controlled from the Launch Control Center. Dozens of operators, technicians and directors were locked in for the launch. Once the rocket cleared the tower, control was switched over to the Mission Control Center at Johnson Space Center.

There are four firing rooms at Kennedy Space Center. One firing room has been updated to support the launch of SLS for NASA’s Artemis missions. “We couldn’t get into the exact same spot,” said Hobart. “It also looks like the ceiling has been dropped. Everything is new in there.”

Private company SpaceX, which now leases the pad Apollo launched from, has set up shop in one of the firing rooms for the launch if its rockets Falcon rockets. 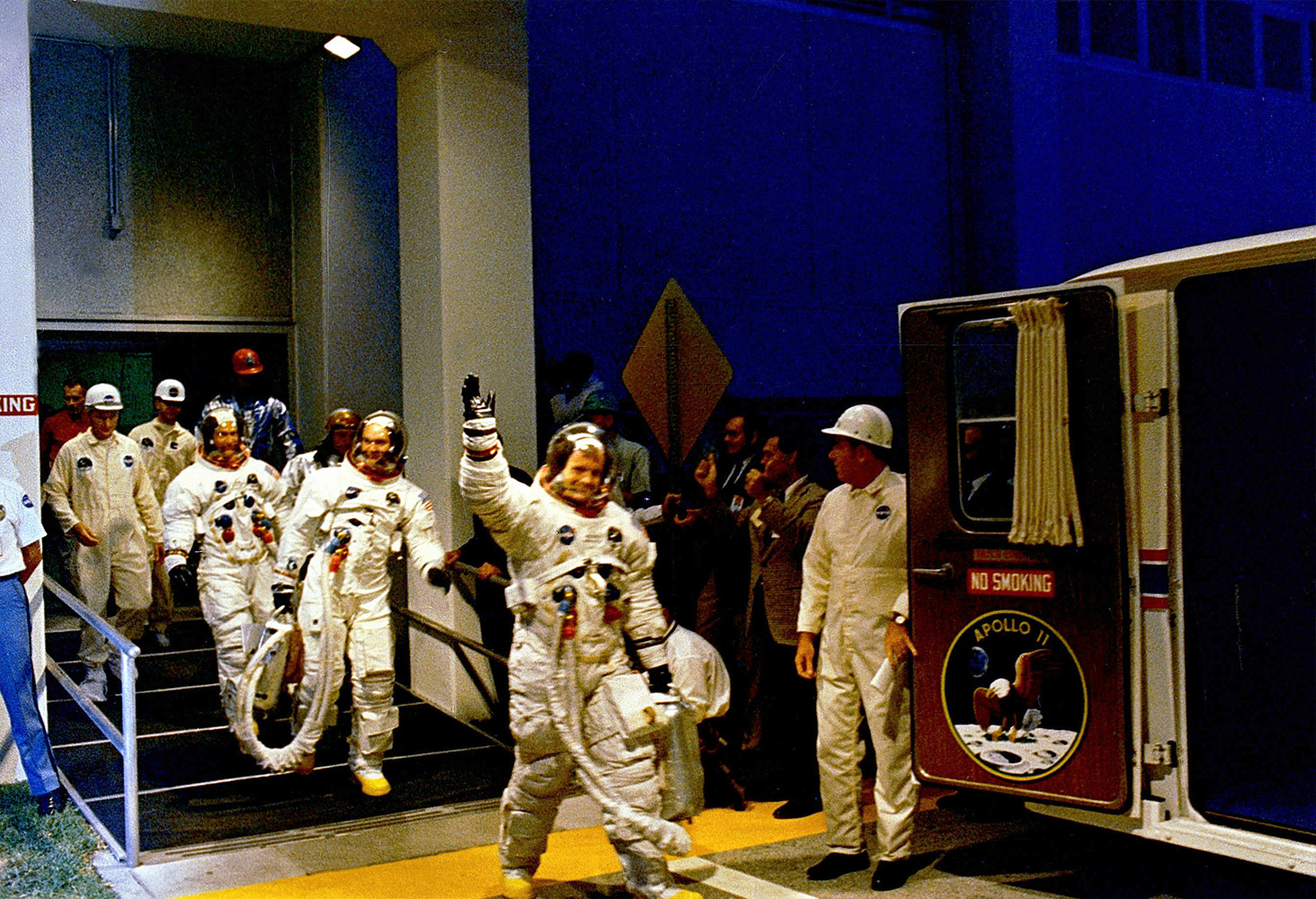 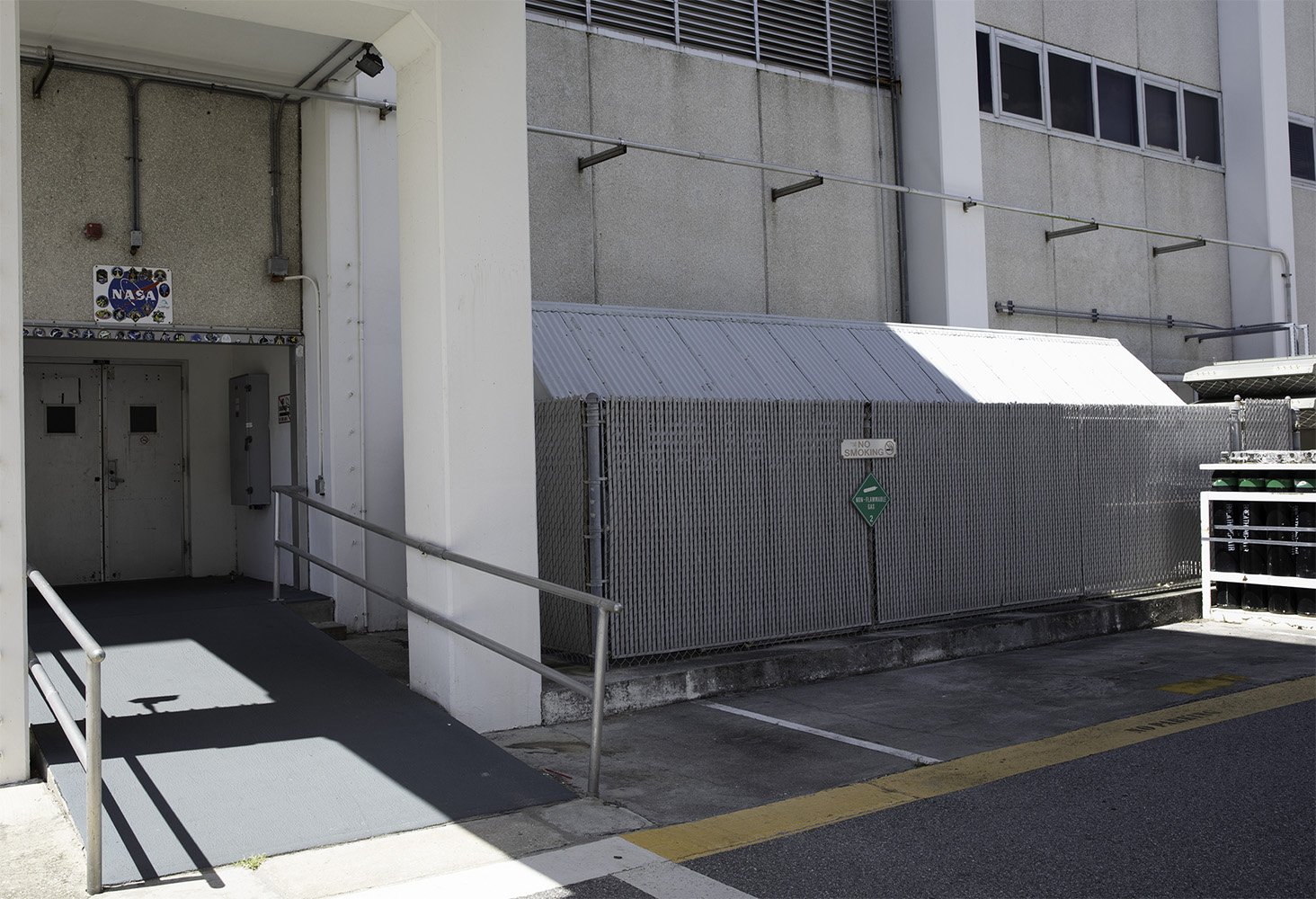 In this NASA archive photo, Apollo 11’s Neil Armstrong, Buzz Aldrin and Michael Collins wave to the press corps before boarding NASA’s transportation van to take the trio to the launch pad. They suited up at Kennedy Space Center’s Astronaut Crew Quarters in the Operations and Checkout Building.

“For the entire Apollo and then shuttle program, each crew would come out and somebody would slap a sticker up there on their way out the door,” said Hobart. The next generation of astronauts, flying on private capsules from SpaceX and Boeing, will walk through these same doors. 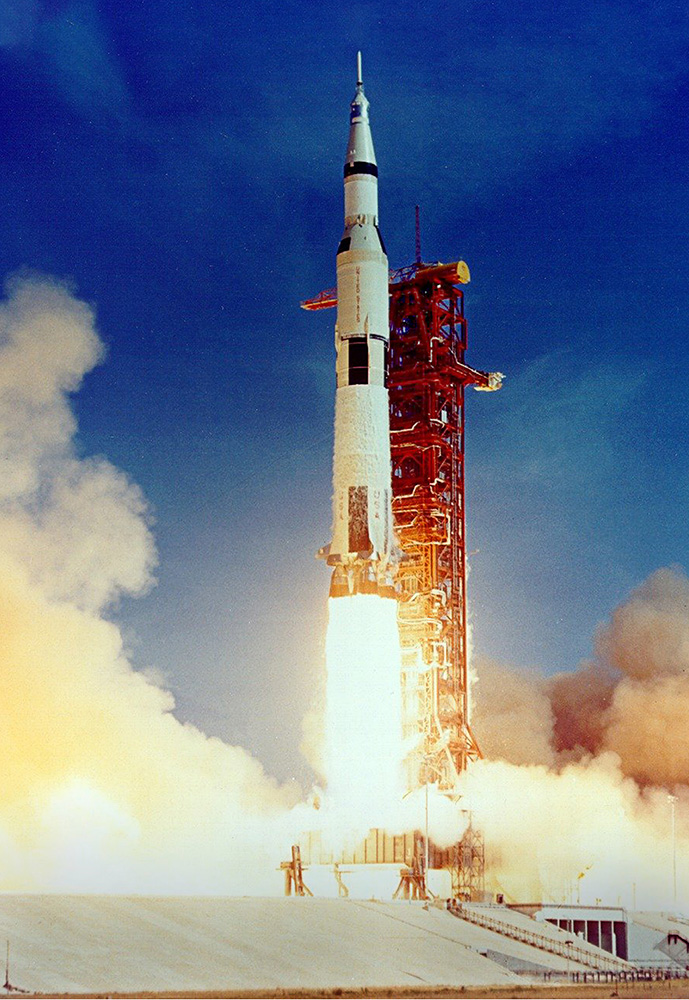 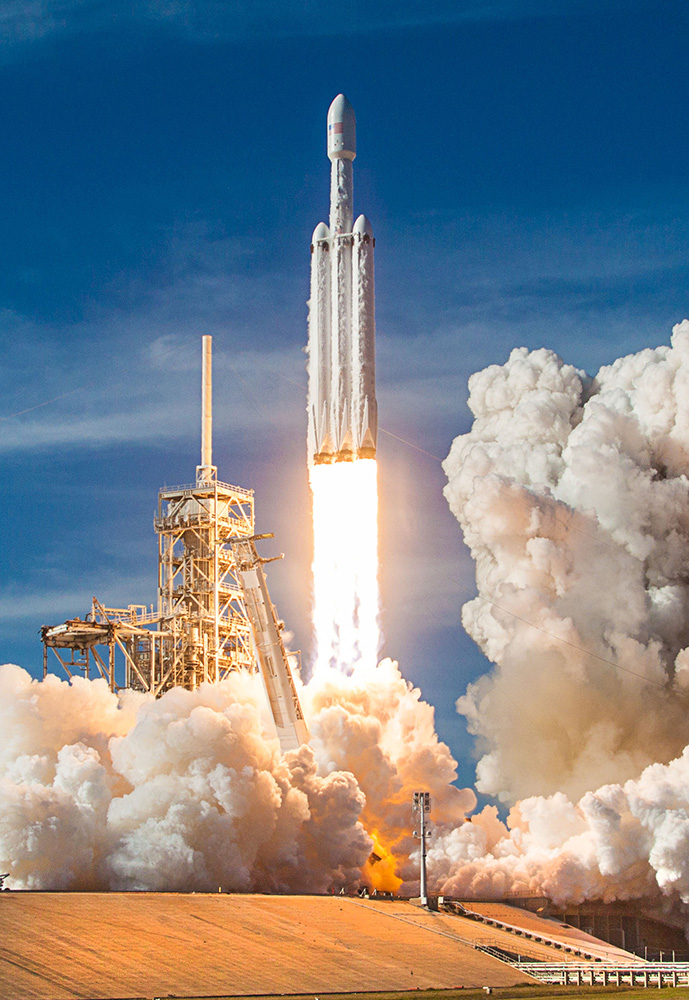 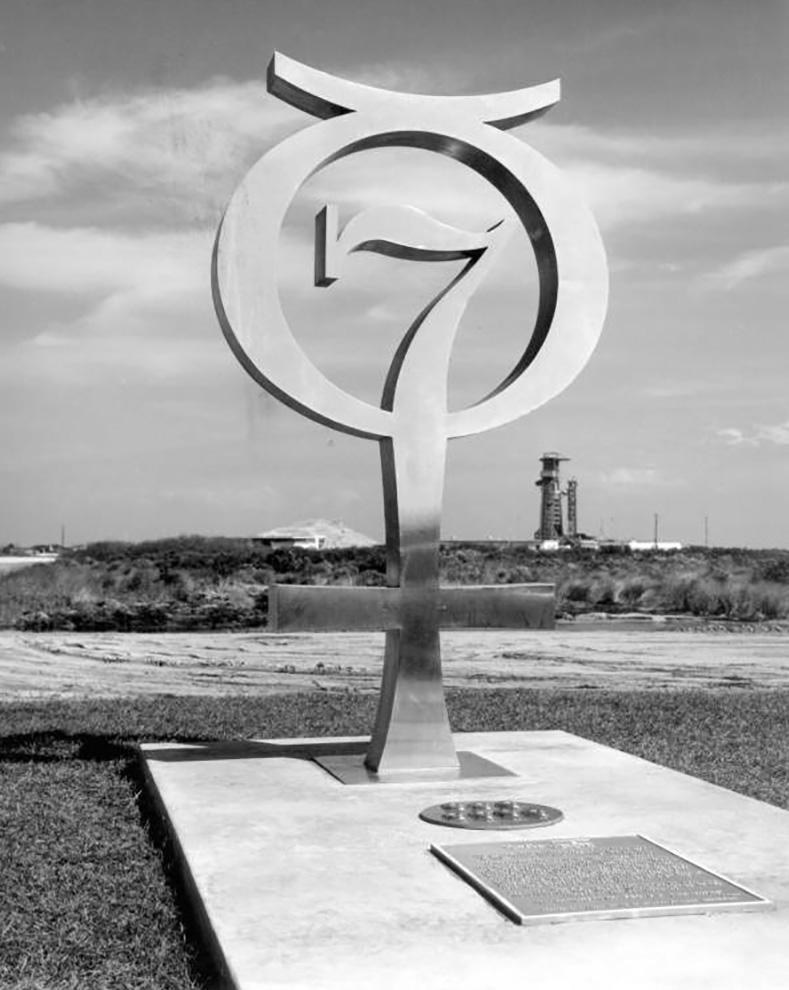 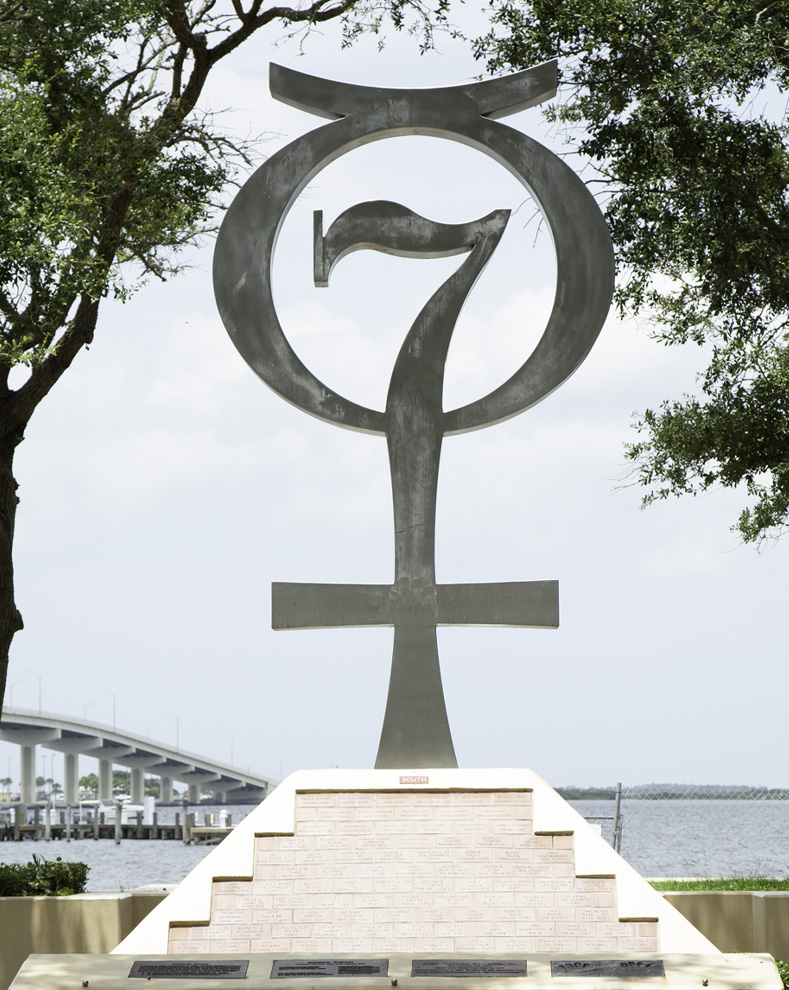 The Project Mercury Memorial is dedicated to the six crewed space launches from 1961-1963. The memorial was originally placed at Cape Kennedy. A replica was built for public display in Titusville, Florida.

The Mercury program had three main objectives: to orbit a crewed spacecraft around the earth, investigate human’s ability to function in space and to recover both astronaut and spacecraft safely. The program’s successes, along with NASA’s Gemini program, were instrumental in developing the later Apollo Missions. 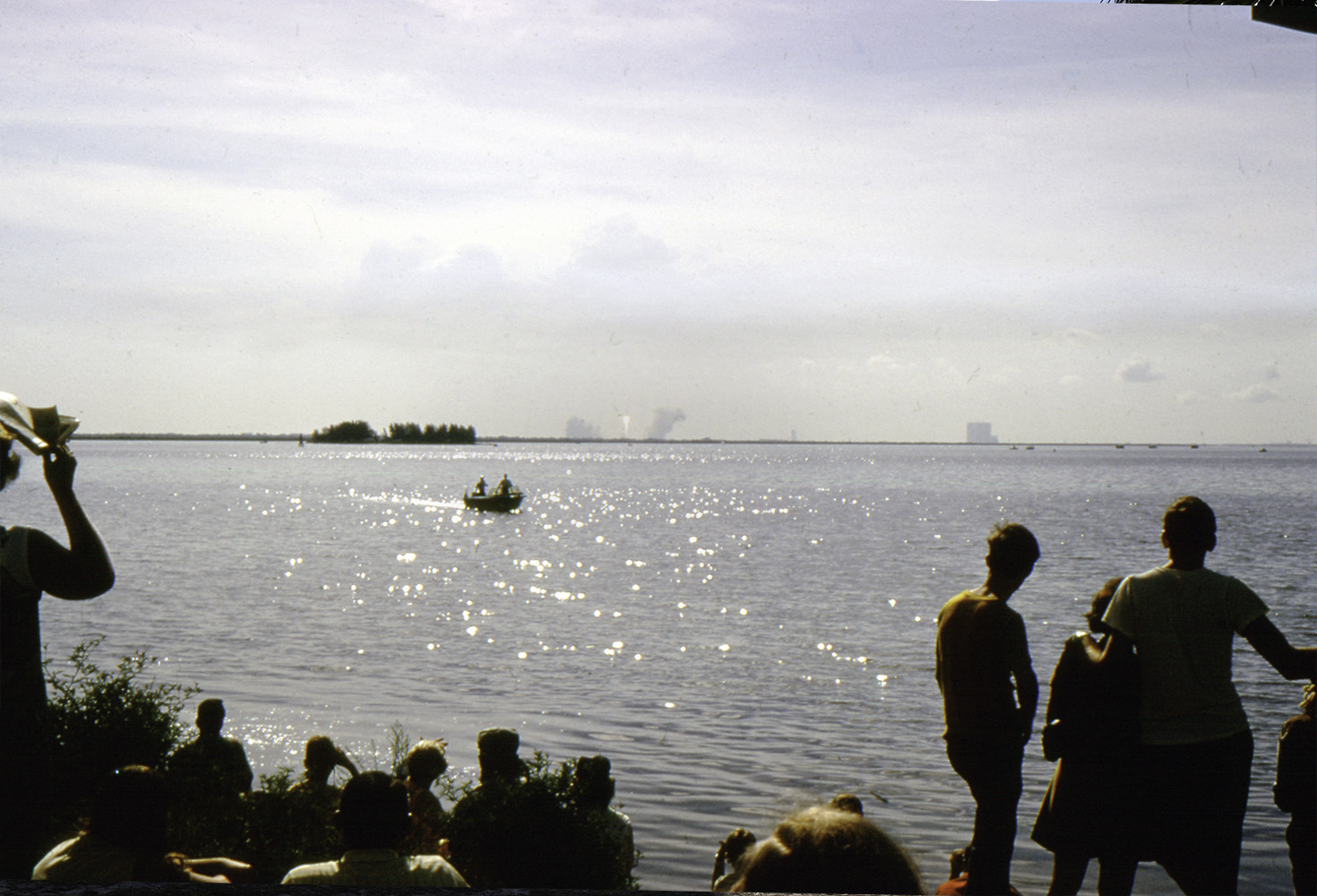 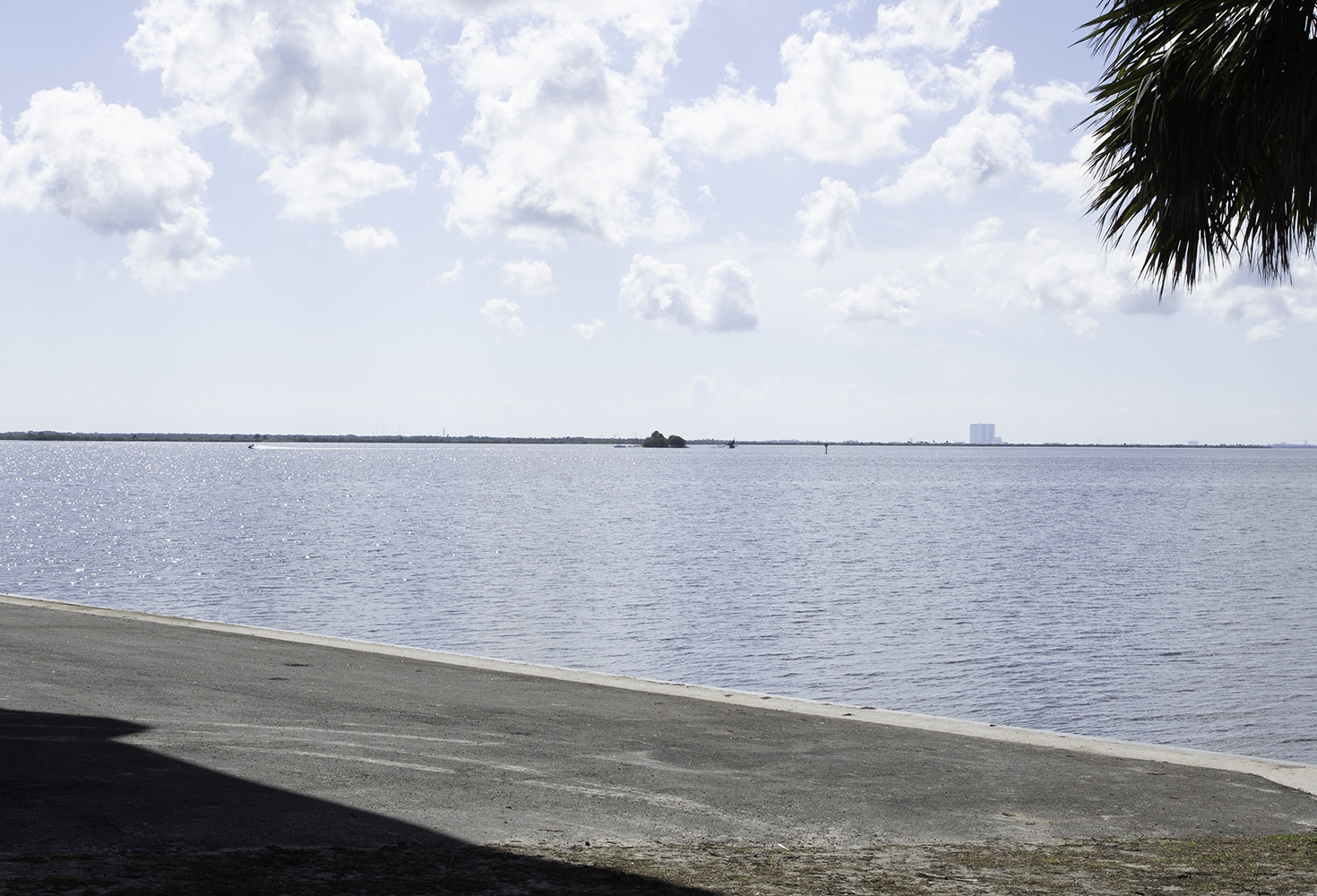 Mark Sternat’s dad woke him up in the early hours of the morning on July 16, 1969 at his family’s hotel room in Sanford, Florida — Space Coast hotels were all booked up. They made the trip down from Pennsylvania and were about to make the final leg of the trip to the coast to watch the launch in Titusville.

“I wanted to be an astronaut for some reason,” Sternat recalls 50 years later. His parents took him and his siblings across the country every summer. In 1969, it was easy to pick where they were heading. “We were going to go to Florida. We were going to see the Apollo 11 launch.” 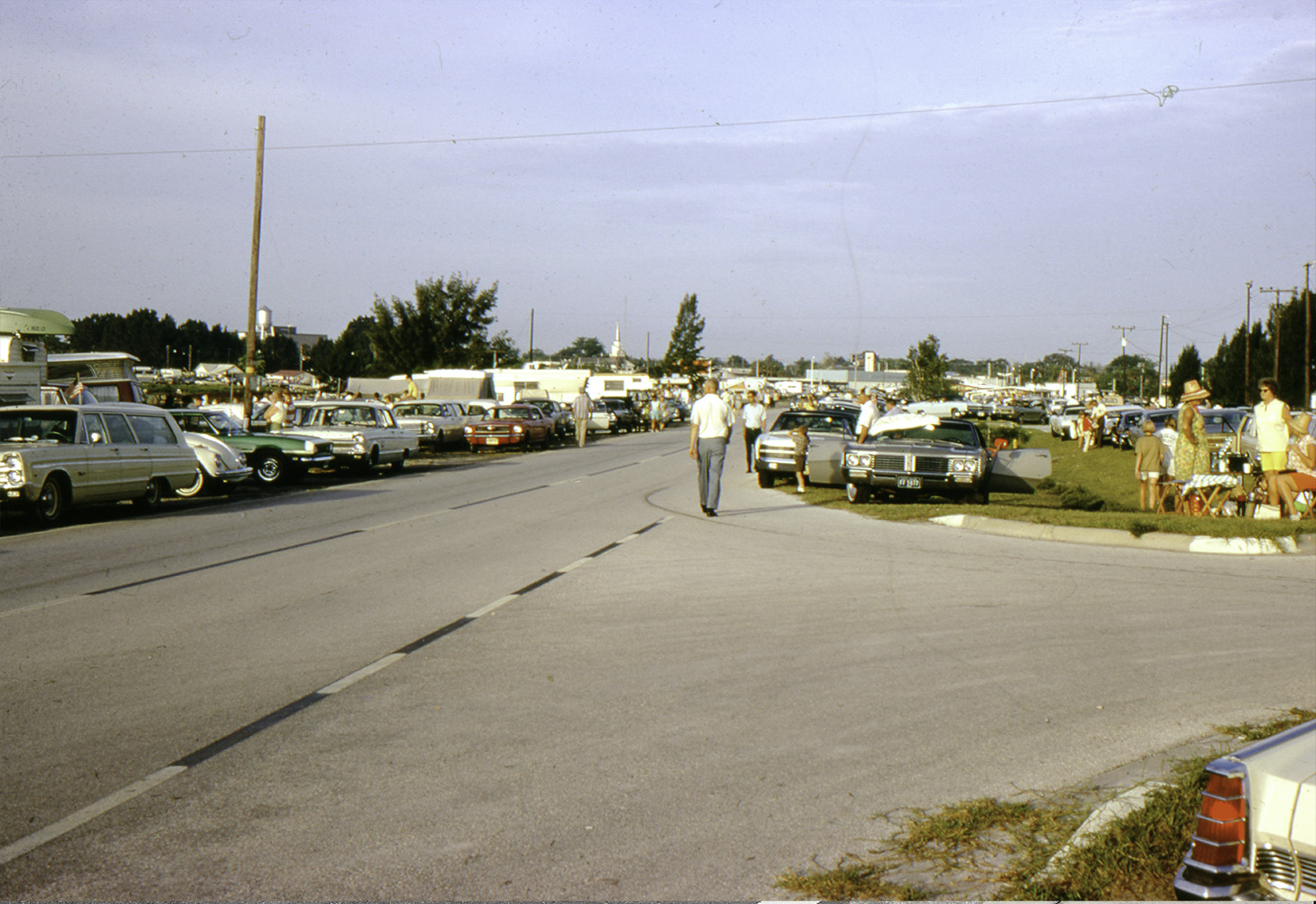 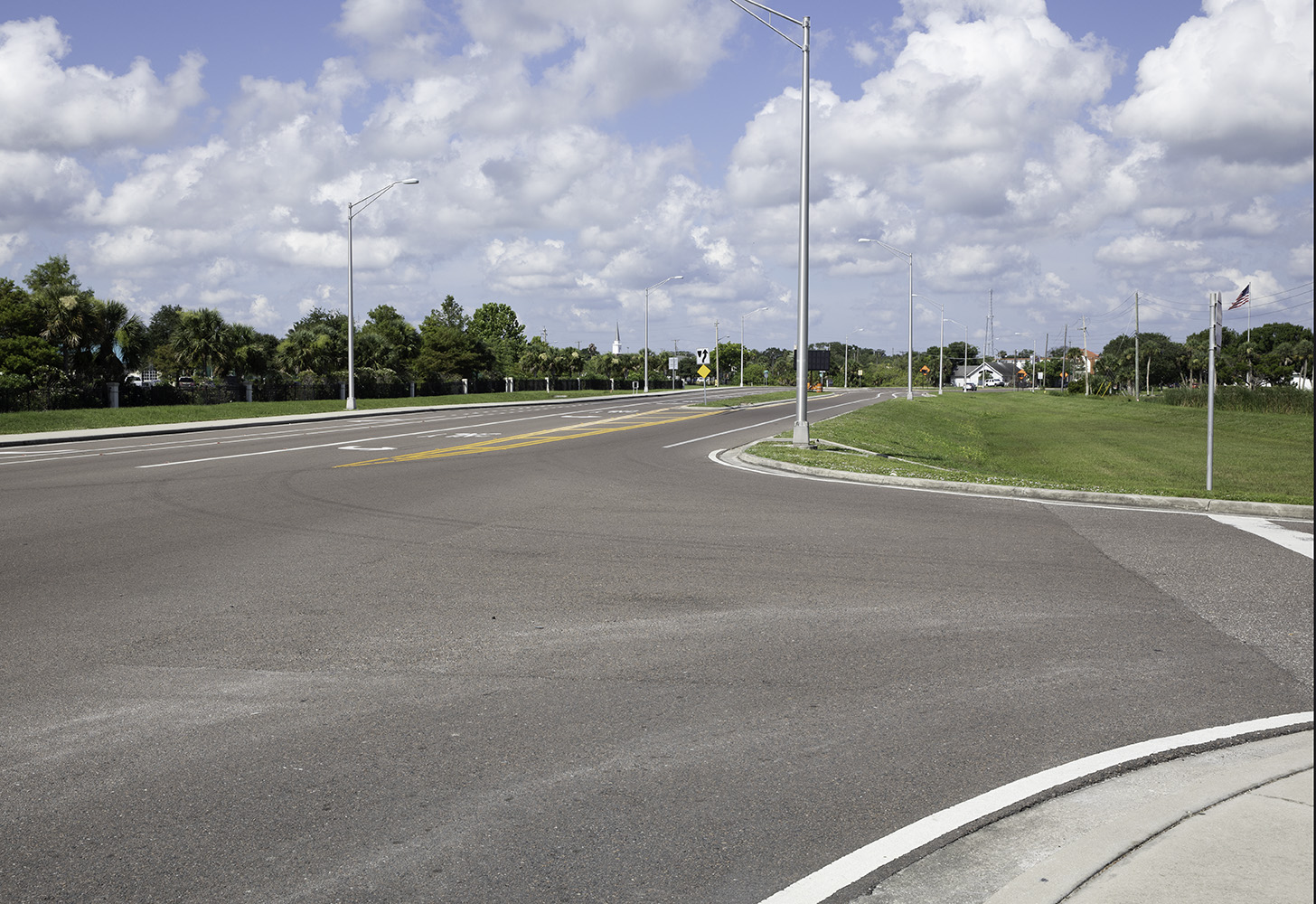 Cars lined the road all along the Space Coast with spectators hoping to get a glimpse of the historic mission blasting off from Kennedy Space Center. On the day of the launch, the Orlando Sentinel reported an estimated 300,000 cars and 1,000,000 spectators showed up to watch the launch. 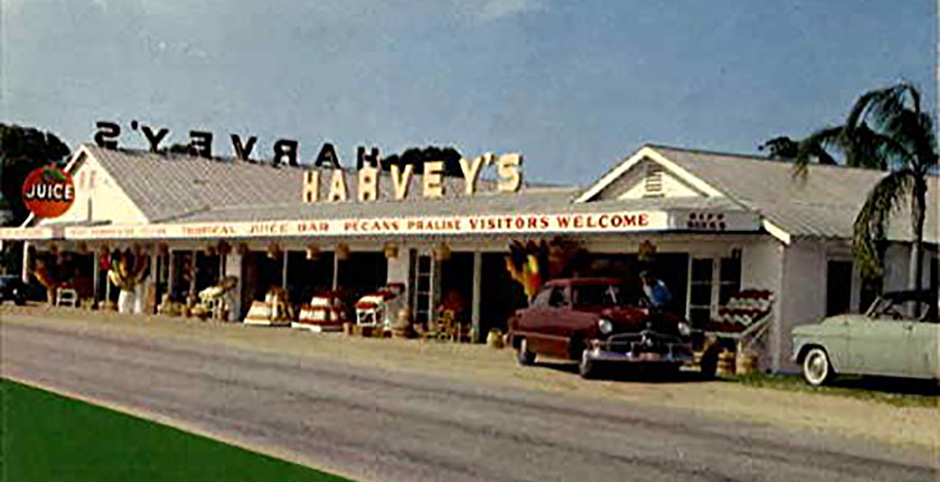 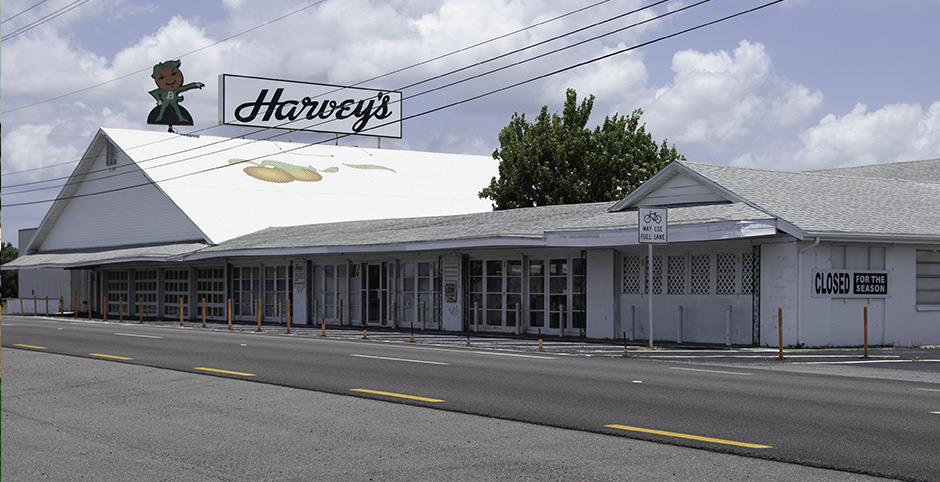 Before the space program, the area was dominated by the cattle and citrus industry. “When the space program began in the in the mid 1900’s, Brevard was still a very rural agricultural community really,” said Ben Brotemarkle, Executive Director of the Florida Historical Society.

Harvey’s was one of the many groves in Florida and operated a retail stand along the Space Coast. The retail outlet closed permanently in 2017 after owner Jim Harvey suffered an unexpected health issue. 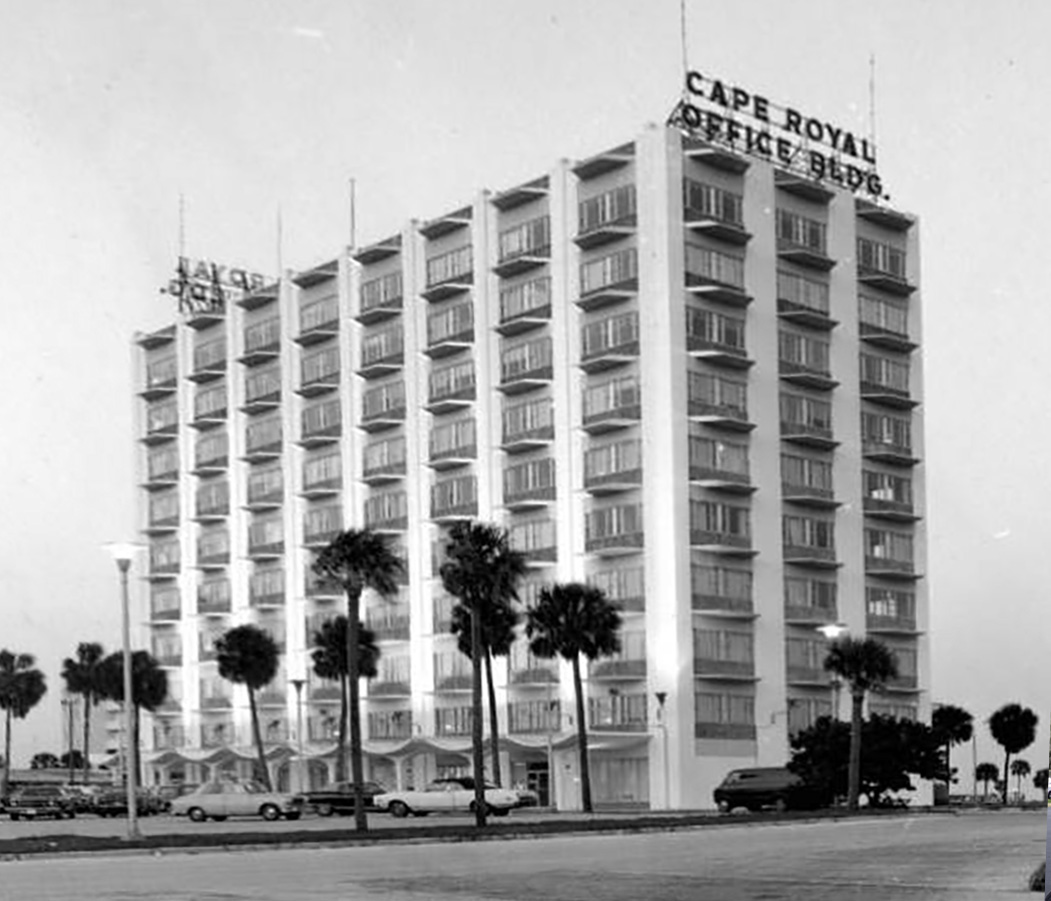 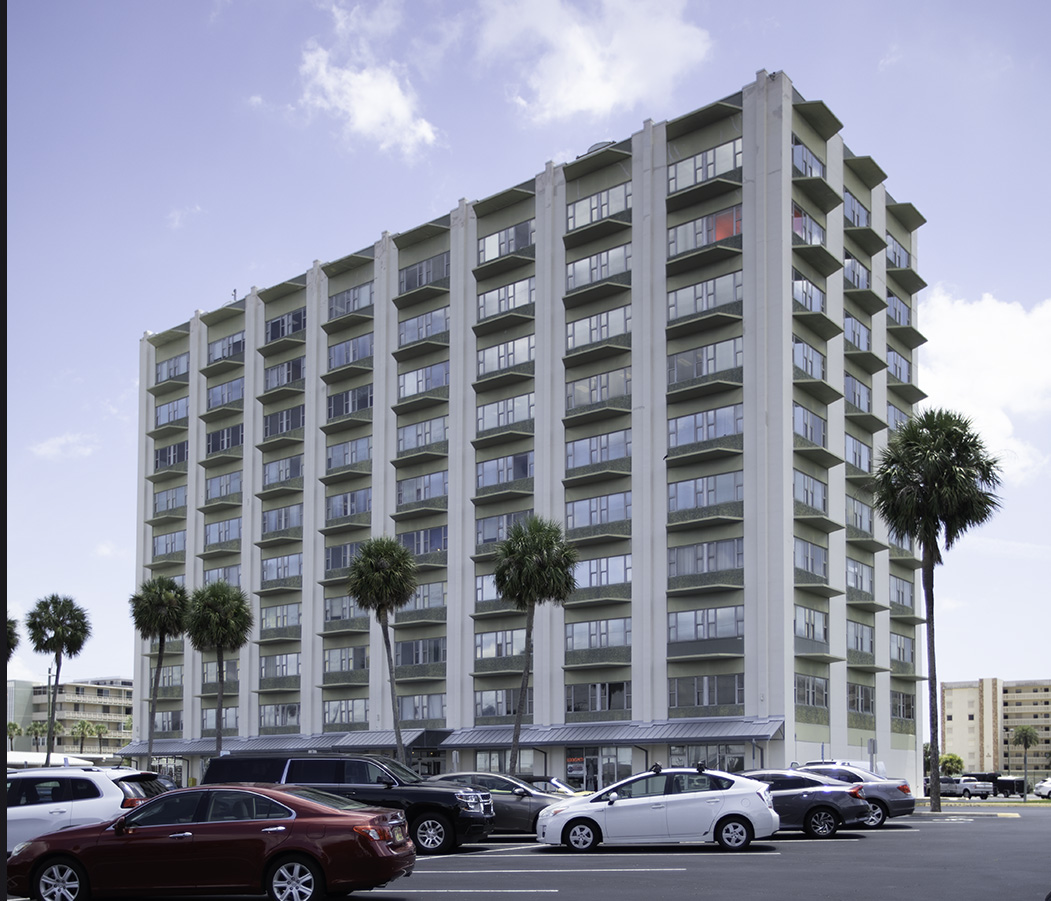 In the 1950’s & 60’s, the state was rapidly growing in population — especially in Brevard county. “The population exploded by more than 370%,” said Brotemarkle. “It grew very, very quickly with the establishment of the Air Force missile launch site, and then later, NASA moving in.”

Office buildings like Cape Royal in Cocoa Beach sprung up to meet the demand of a growing population and business in the area. 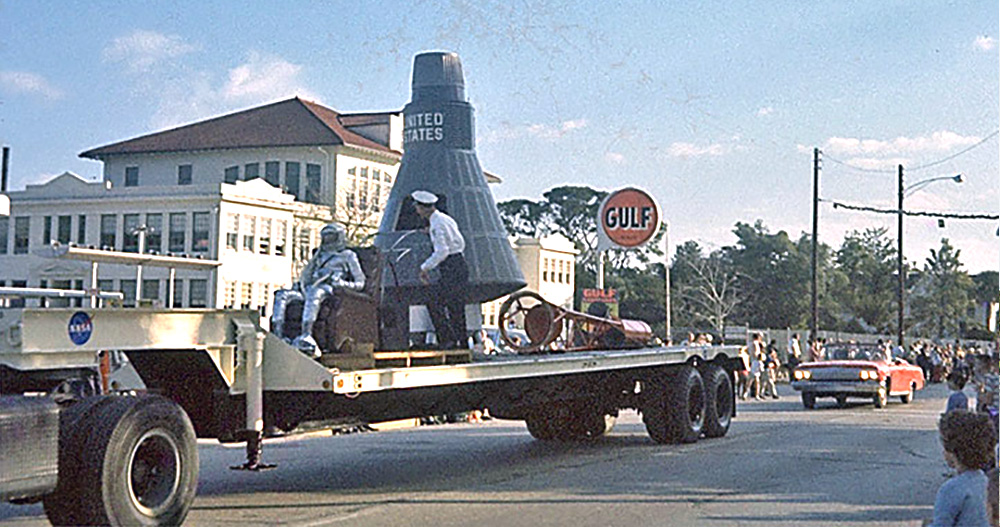 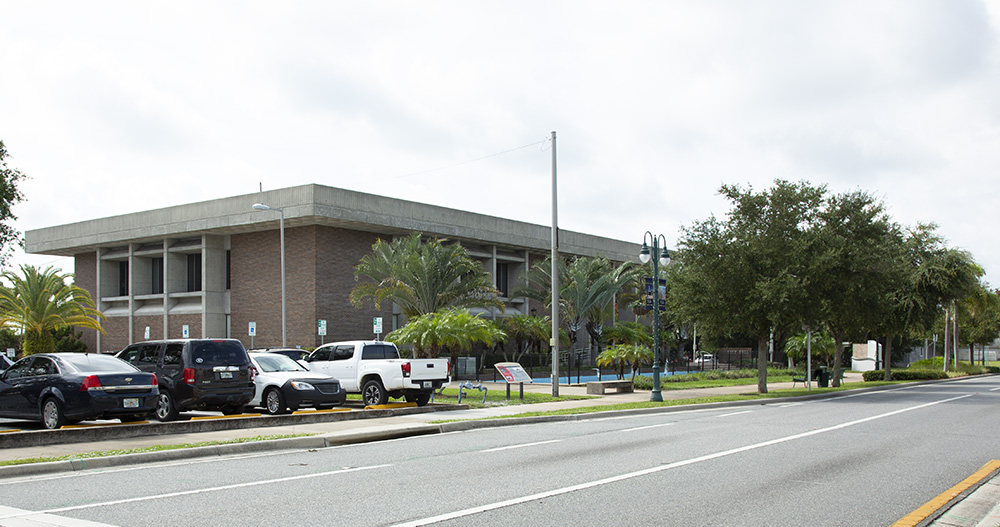 The Mercury spacecraft is paraded down Titusville Main Street to celebrate the city’s centennial in 1967.

“That is a NASA flat bed with a with a Mercury capsule, so this was after that program was finished and while the agency was ramping up for Apollo,” said Hobart. 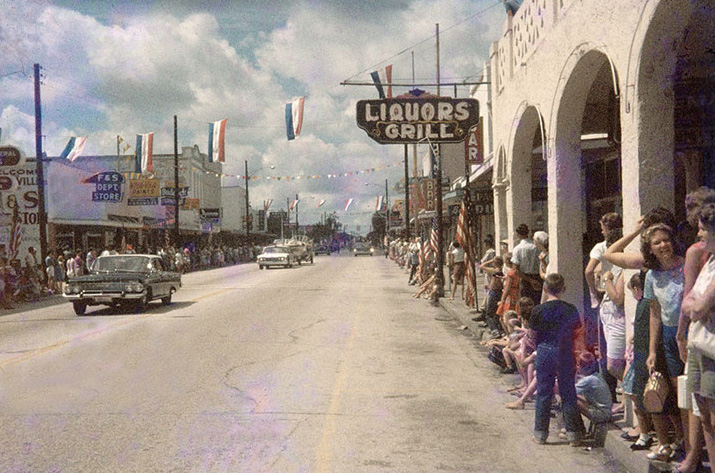 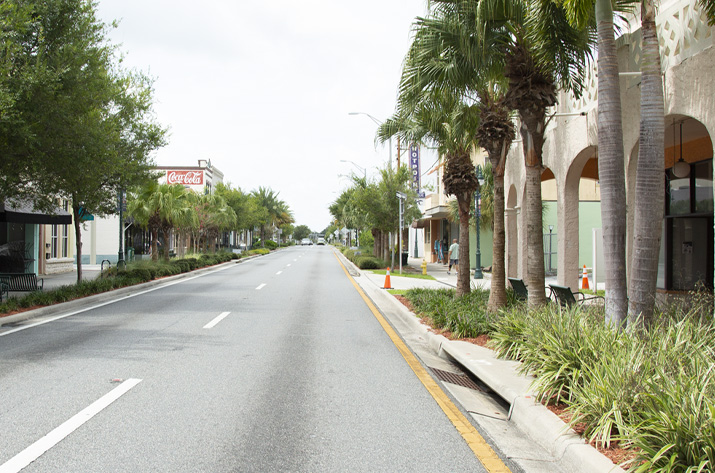 Titusville celebrates its centennial with a parade paying tribute to the regions bustling space industry. 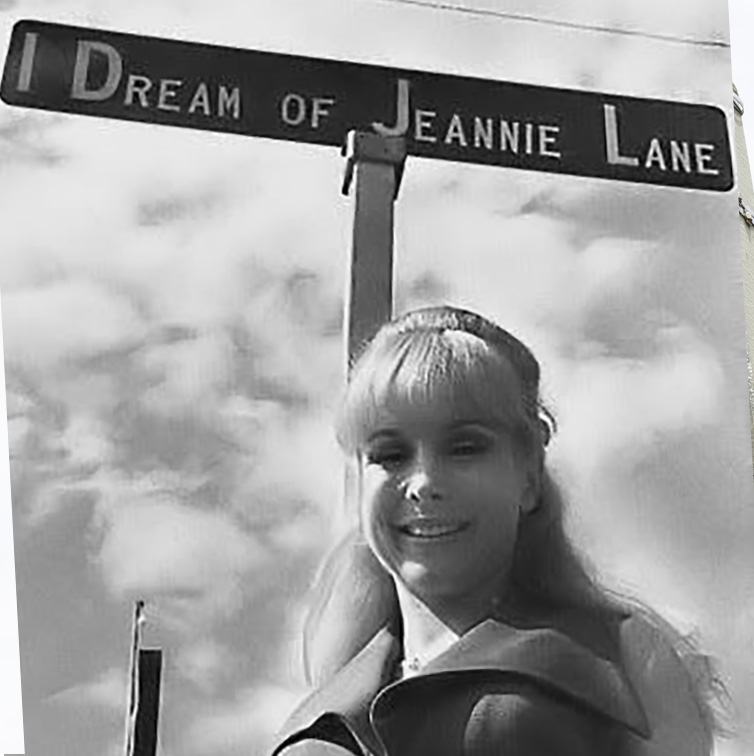 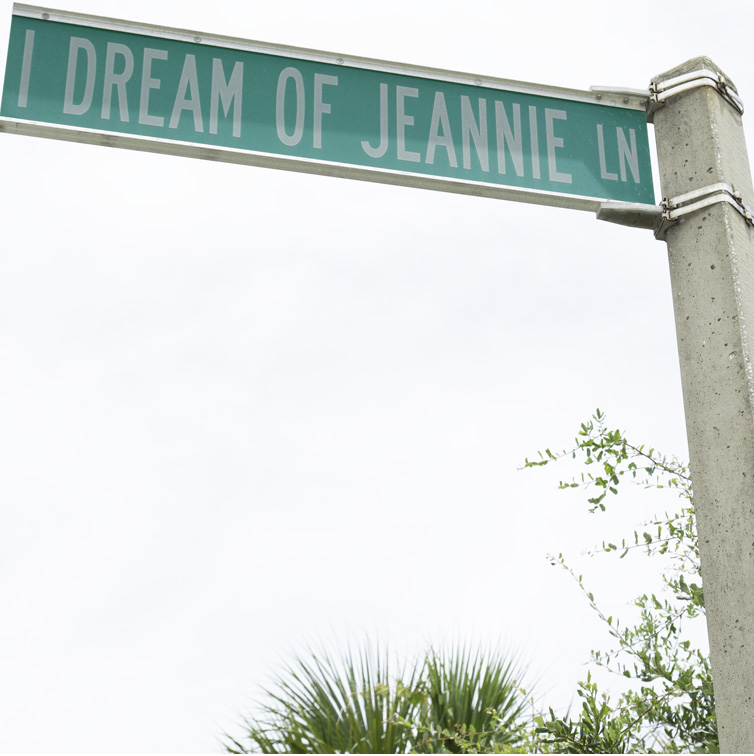 “I Dream of Jeannie”

“I Dream of Jeannie” brought the space program into pop-culture. In the show, Captain Tony Nelson, played by Larry Hagman, lived with Jeannie, played by Barbara Eden, in Cocoa Beach, Florida.

Although the show was filmed in California, a sign in Cococa Beach pays homage to the show’s fictional location. “Sadly Barbara Eden was not sitting there while I was shooting [this photo] so I had to just do it without her,” said Hobart. “They’ve they’ve cleaned up the sign a bit. It’s still the same one in the same spot.” 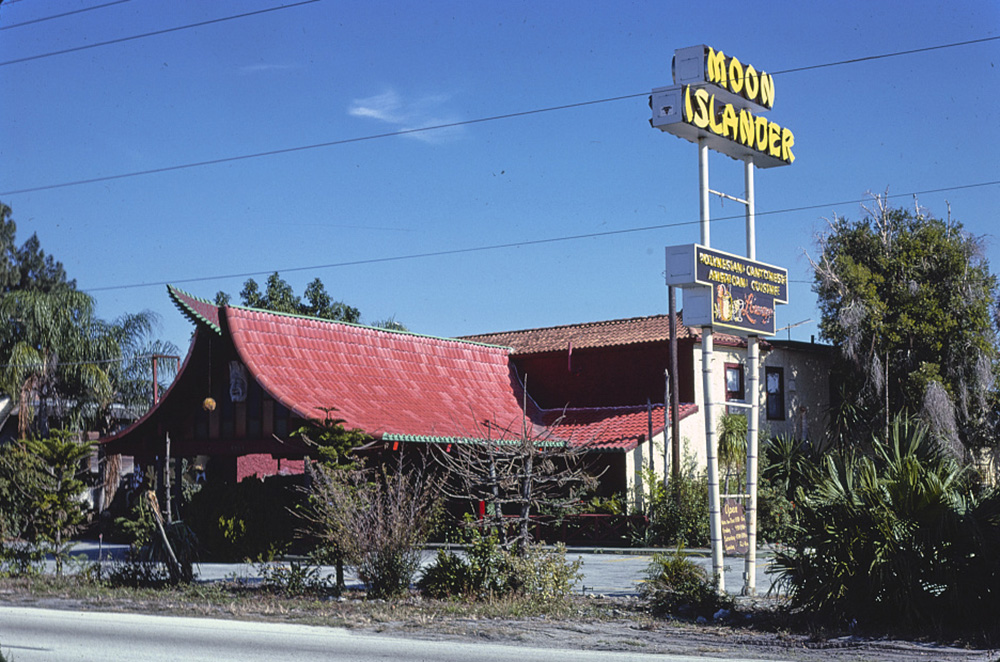 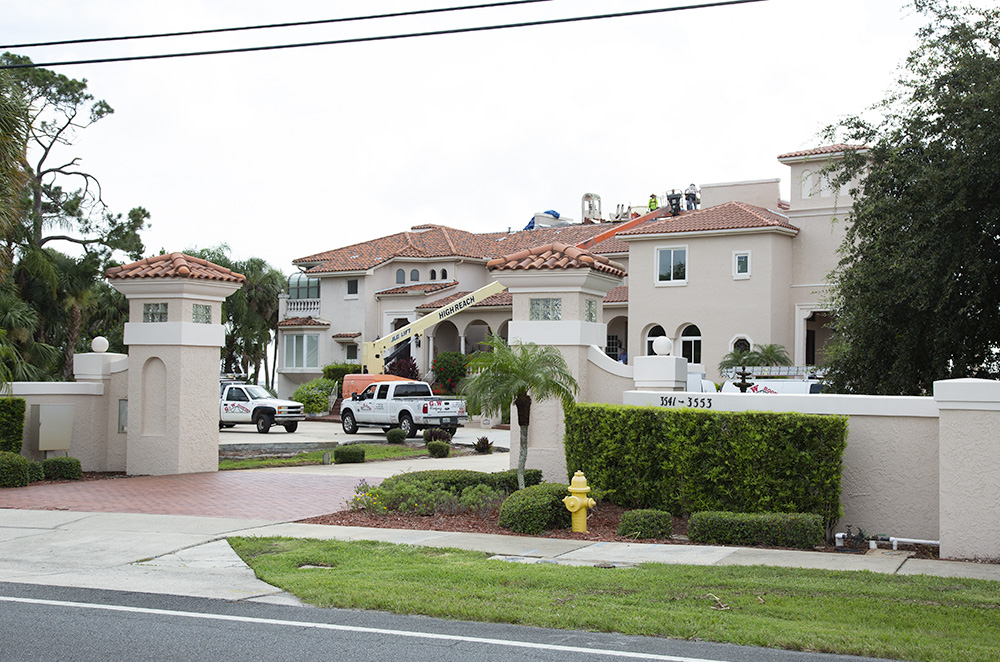 The Moon Islander restaurant opened in Titusville in the 1970s. “It was really the hip, hot spot for astronauts to come and hang out. It was owned by a family and it lasted a very long time and and seemed like a fun spot to hang out,” said Hobart. “But as you can see now it’s gone and big expensive houses are going in.” 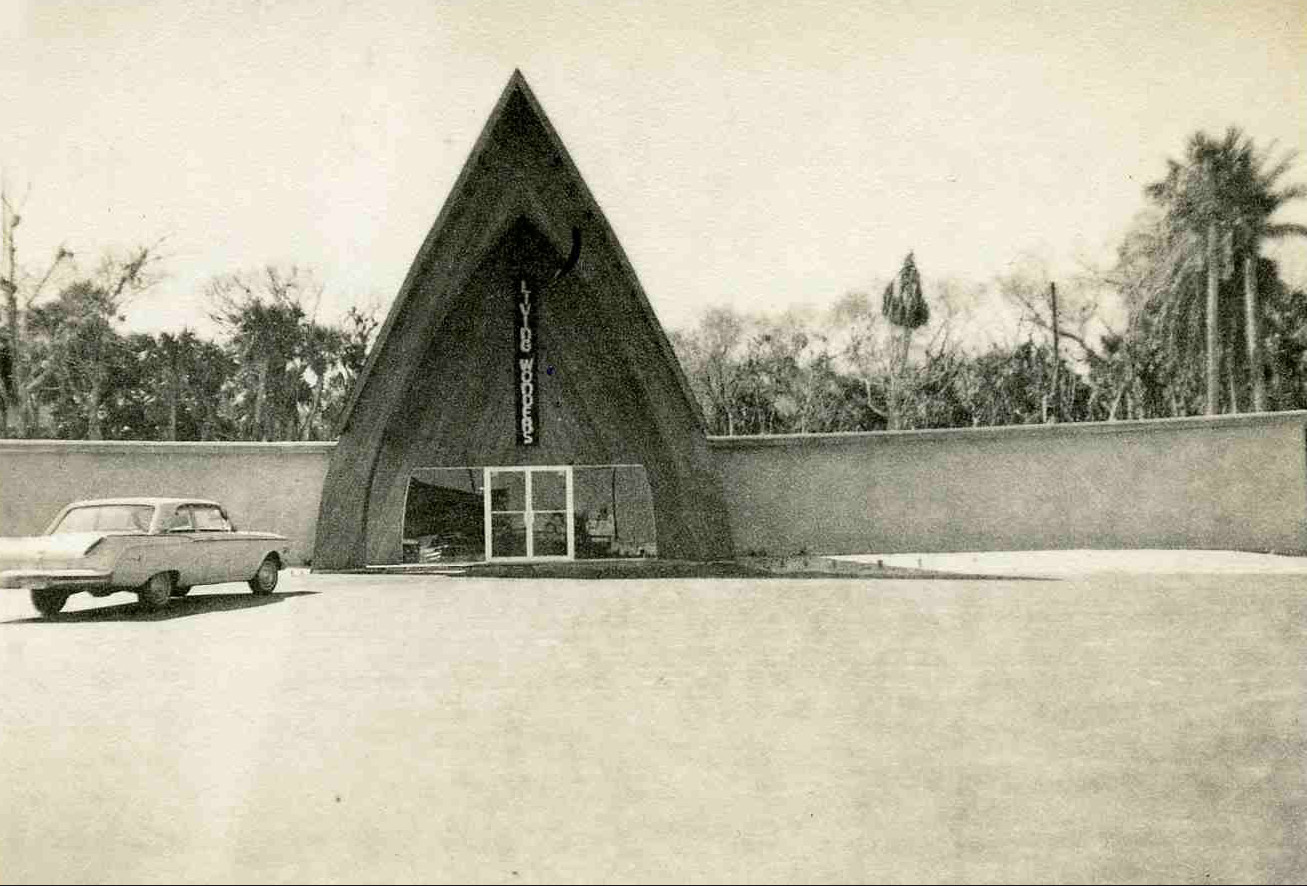 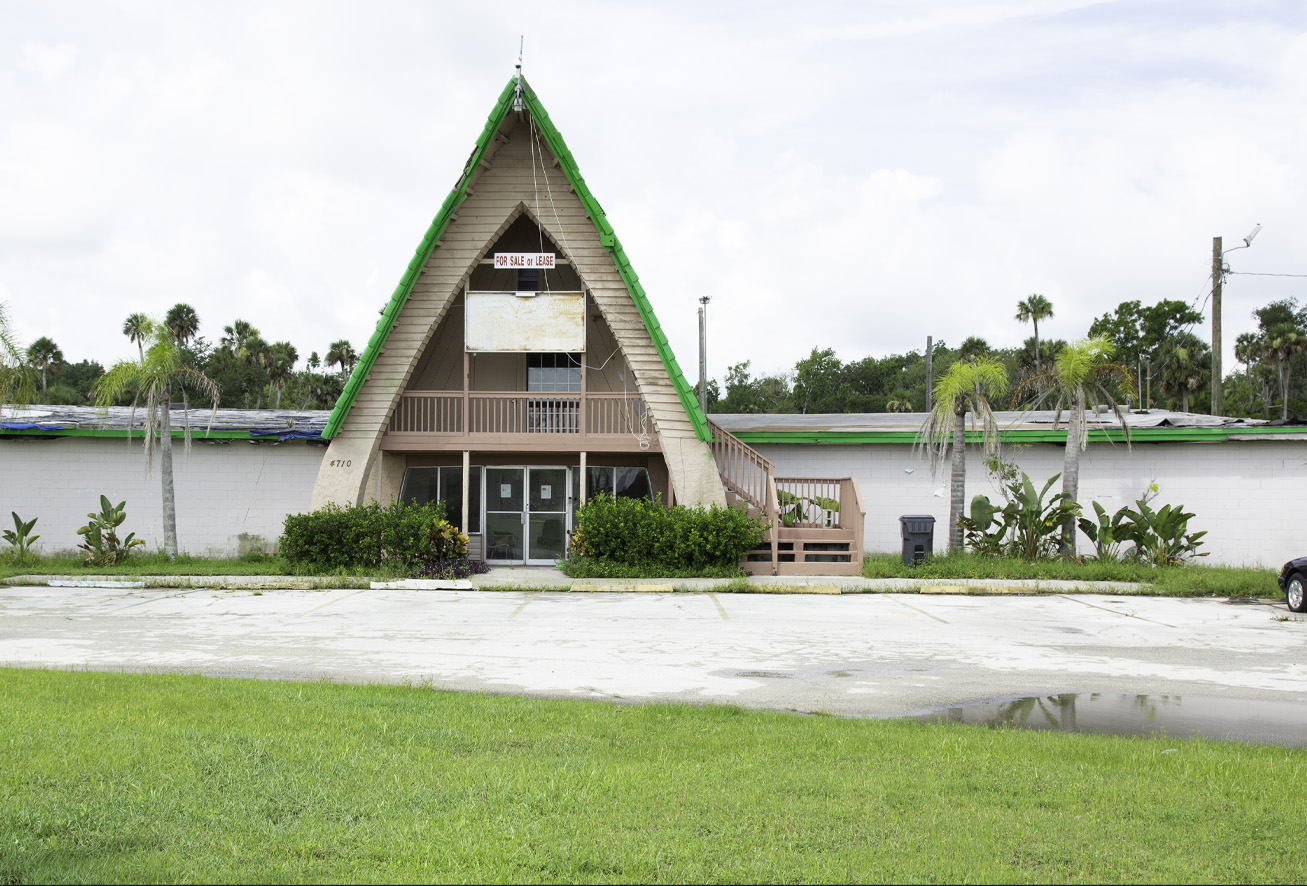 Tropical Wonderland was a 50-acre, nature-centered theme park, according to Space Coast Daily. “This was a big deal,” said Hobart. “This is the one that Johnny Weissmuller, who played Tarzan endorsed, and it was a kind of a safari place. It’s a bit like Gator land, I imagine.”